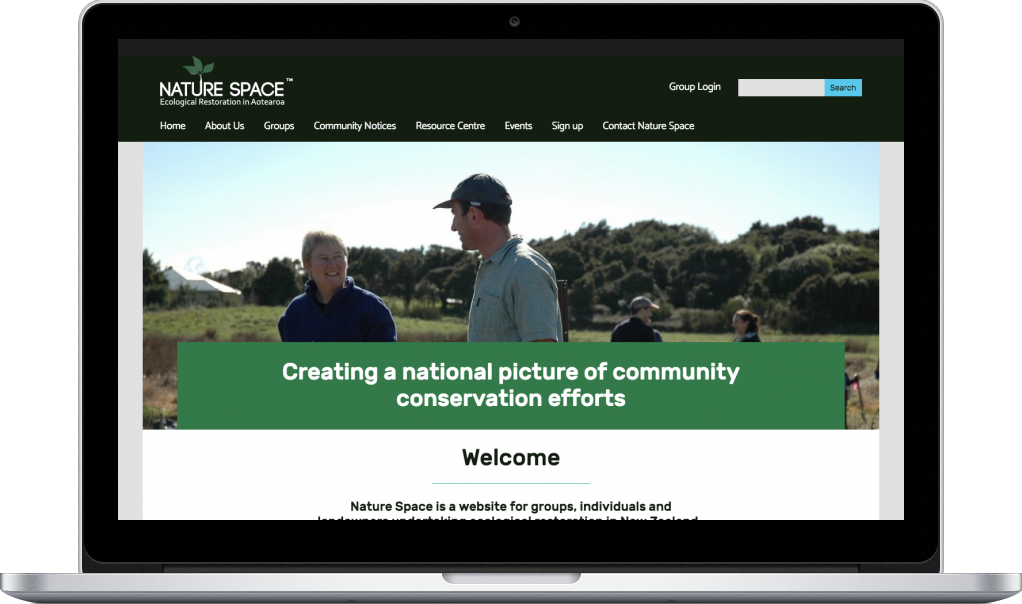 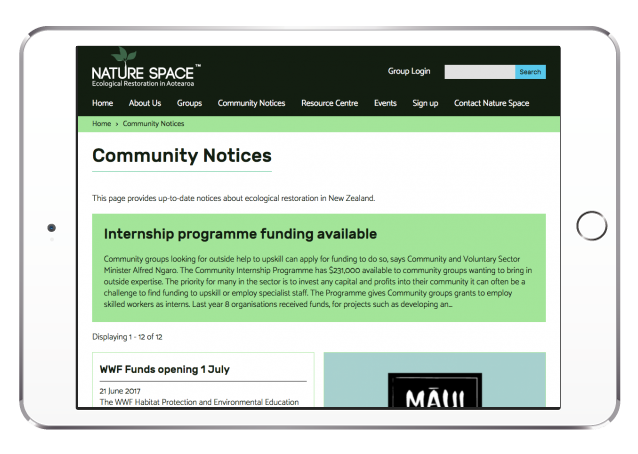 Nature Space is a website for groups, individuals and landowners undertaking ecological restoration in New Zealand.

Nature Space is an online community of New Zealand environmental groups who band together on the nature space website to share knowledge, initiatives, events, news, and know-how from their own local communities. It is a very feature-rich online community software for groups, individuals and landowners undertaking ecological restoration in New Zealand.

Xequals took over maintenance and development of the Drupal CMS project in 2016 and have provided ongoing technical and creative support ever since. The project has a multitude of stakeholders from all around Aotearoa but is predominantly supported by DOC and local city councils.

Nature Space had grown over several years into a busy community hub with nearly 4000 pages, but the Australian company which had built the original site wasn't able to offer the support they needed.

Once Xequals had taken over the hosting and support of the complex, organic groups site, we began a new project to redesign what had become a very old look. We used component based design to develop a new theme that could support a wide range of community contributed content, while keeping the front end as slim as possible. The new design has an emphasis on highlighting the volunteer effort, and encouraging people to get involved by making the user interface simpler.

During this time we also simplified the site structure and architecture, which had been dependant on historic customisations and unneeded, resource intensive modules.